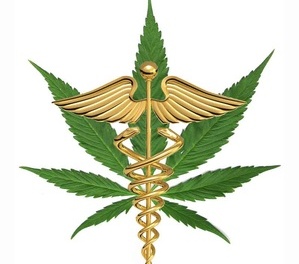 The stage is set for the legalization of marijuana, that mysterious plant getting the nation into a great, big frenzy of sorts. There are sharks on the prowl, fish swimming, and eels lurking in this billion dollar ocean. Order is the most necessary factor in getting this beast underway—a venture that is long overdue for the federal government of the United States. However, this ocean seems to have already established its ecosystem no matter how fast it’s changing. When do we break the camel’s back with this thing? The evidence is there and the outcome has quickly grown inevitable, so why slow this down?

A standard patriot like myself walks down a street in San Antonio, Texas, only to see a woman, Joan Cheever, with a food permit, being cited $2,000 dollars for feeding the homeless. And then, if I’m lucky on this day, I’ll get thrown in a cell by the same officer for possessing under a gram of marijuana that has been legally prescribed in a different state. Sadly, the law has deformed as a structure to keep right and wrong in place into a system that cannot be upheld without controversy. Even if the effect is a positive one, the law will still champion over morality in many instances until people fight for change, which is exactly what has been happening since 1972. This was when marijuana was petitioned to be reclassified under the Controlled Substances Act and thus be allowed to be legally prescribed by physicians. So why has it taken so long to get where we are at?

The problem now is not the evidence and the science at hand. Nope, federally run organizations have all the science, here, here, and here, as well as a vast array of other places. The problem is one that is much more deeply rooted in personal beliefs on an individual level in conjunction with a long-time running system of how the law operates. Full legalization is an entirely different beast than its medical counterpart. For medicinal use, the truth should be undeniable, yet federally, marijuana still remains a Schedule 1 drug under the Controlled Substances Act imposed in 1970 by Richard Nixon, a man we impeached. This act states that any Schedule 1 substance has “no currently accepted medical use . . . a high potential for abuse . . . and is unsafe even under medical supervision.” This has been disproven by the same federal government, yet it is still held tight within the grips of that Schedule 1 category, while methamphetamine remains in the lesser, Schedule 2. I need not say what is wrong with this picture.

The government has run with this questionable logic for 45 years now, and has passed on these paradoxical beliefs to those of law enforcement and many figures of authority under them. Men and officers of the law are taught to live by the law. When aspects of the law become corrupt, the officers can become corrupted along with it in many regards. The law has become an unquestionable belief system, and the imminent effect has turned into citations for feeding the homeless and arresting mothers treating their sick children when all else has failed. These are just two instances of law over morality, so imagine how much more occurs on a daily basis. It is such a contradiction that we are facing. Poor laws and suppressed research have influenced the belief of authorities and enforcement that will uphold the law at all costs, no matter the morality. Any form of change is stuck between a rock and a very hard place. The law cannot seem to be questioned at any cost, even at the price of making the world a better place. We lose our humanity when law is accepted over what is right and what is wrong, and as the people, we deserve this social responsibility from our government officials and enforcers. We don’t need only marijuana reform, we need social reform.

This article was written by Tyler Ziegler, a writer for dusk magazine.