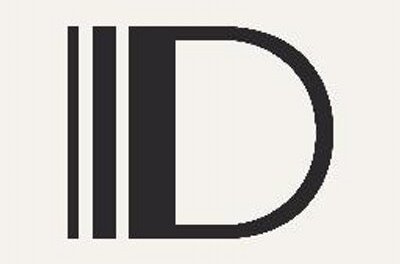 Is being heartbroken over the shuttering of an online film publication overly dramatic? This is the 21st century, after all; our lives are tied inextricably to the digital world. The compulsion of reaching for a computer, tablet, or smartphone and swiftly punching in a familiar site link to kill time is a common one in these modern times. When there’s dead air on the other end, it’s disconcerting and strange. This week, one of the best film criticism and analysis sites around—The Dissolve—abruptly boarded up, ceasing publishing after nearly two years of output.  Even over such a relatively short period, their prolificacy and breadth was impressive. The Dissolve launched as a venture in partnership with Pitchfork—one of the preeminent music criticism websites—and found a kinship with the passion and knowledge on display there, but they also firmly established a singular voice—coterie of voices, really. Much of the principal staff were seasoned writers, and many came over from the media review and discussion arm of The Onion—The A.V. Club.

In short order, The Dissolve built up enough cred in the critical community to inspire a certain level of admiration and cachet, if not bounding commercial success. They had, as Alyssa Rosenberg points out in her eulogy for The Dissolve written for The Washington Post, started to gain clout as members of the media with “deeply informed” sensibilities, and interesting, often off-beat tastes. They were able to push other media writers with larger, more mainstream readerships to see films they may not necessarily seek out, to make connections they wouldn’t have otherwise considered, and to think about films in more left-field ways. The influence was modest, but it was there. Rosenberg admits to having linked to the dissolve many times in pieces (as have I, Dusk readers may note), and even to feeling a certain sheepishness about her own knowledge when confronted with the vast catalog of reference points Dissolve staffers had in their back pockets. In her glowing piece, she implicitly identifies the site’s importance in the modern media criticism landscape. The Dissolve has been steadily behind-the-scenes for many cultural critics in the mainstream media, coloring better-known writers’ tastes.

It’s always been important for the progression of creative forms to have collectives of thinkers discussing, inspecting, criticizing, dissecting, and analyzing. This has rarely been an easy marriage, but the perpetual tumult and friction between artists and critics is in itself instructive, fueling a vital cultural dialogue. Many like to think of film texts and film writing as vacuum-sealed propositions, but this conception is less of a reality with each passing year. Art and culture are constructed more than ever around habitable communities where works can be consumed and discussed in real time. For a publication like The Dissolve to shut down means a community comes to an end. It is not just a publication; it is a meeting place. The Dissolve was the rare place where the politics, technics, ideology, history, and culture of film were given equal weight, and where each component was allowed the space to be properly expressed. All the while, the talent and finesse of the writers kept things fluid and digestible, and the collective approach effectively amplified the quality and fervency of the thinkers therein.

Despite the heft of many of their inquiries, pieces, and features, The Dissolve didn’t condescend to its readership, instead expecting a higher level of investment and thought. They knew their audience had an equal passion for the form and they trusted that whatever pathway they decided to follow, the readers would be right there to both embrace and scrutinize their theses in equal measure. The user comments on Editor Keith Phipps farewell release displayed this admiration and respect. It’s rare to see user comments so passionate in a positive manner—people getting sentimental about their attachment to the site, its content, other users, and the writers, commenters openly imploring the site to charge them because they feel it’s unequivocally worth it, etc.—but that’s precisely how The Dissolve was sent off. Often comment sections are havens for trolls and exercises in malicious intent, but The Dissolve proved different in this manner as well, cultivating a devoted, attentive, wry readership (not without its share of profane and eccentric characters, of course). It may have been relatively small compared to other communities out there, but it certainly didn’t lack for ambition, commitment, and cohesion.

Phipps’ final post was disarmingly candid—“we’ve loved working together, and if anyone reading this knows of a way we can continue to work together, please don’t hesitate to be in touch.” Personal emails were given as were links for following and contacting key individuals. “They’re the most talented people I’ve ever worked with and would be a benefit to any employer,” Phipps gushed. Film writing needs more places for aspiring film snobs to turn to get a proper foundation and a bevy of alternative views and histories, for the benefit of film studies and film proper. Unfortunately, as Phipps explained, “because of the various challenges inherent in launching a freestanding website in a crowded publishing environment, financial and otherwise” the path to accomplishing this is murky and uncertain. “Freestanding” is an important descriptor in this release. We like to think that the internet is a bastion of individuality where lone voices can stand beside giants. Are we coming to the end of this notion? Are we seeing signs that the utopian ideal of an equal playing field is destined to be more myth than reality? The cream doesn’t always rise to the top. This has become a fallacy, a false hope in a world where there is always a bottom line.

All this begs the question: what do we want from our film criticism? Not coincidentally, this question gets to the heart of what we want from our films. The fast pace that internet publication demands rarely allows the time for writing and thinking to evolve and progress before moving on to the next topic. Just when you think you are getting a handle on describing a trend or topic, and feel you can describe it in a novel way, teasing out new meaning and rich undercurrents overlooked elsewhere, it’s time to focus on something newer, and the cycle starts over. The Dissolve didn’t do this. It was consistently admirable that they pushed forth difficult, sometimes contradictory opinions and analyses on works, frequently delving into films already on the verge of being lost in the slog of time. Their views were always insightful, and they routinely achieved that sweet spot between heady academia and accessible casualness. This is no easy feat, and they did it daily.

Film can be tricky to dissect, requiring quite a bit of balance and consideration. The way we approach criticism and analysis says a lot about how we perceive and think about the medium. Leaning on emotional and experiential anecdotes speaks to the expressive resonance that is so vivid in film. Emphasizing the technical aspects of a work—equipment, materiality, angles, editing, pacing—speaks to the science of film, the hard calculation that buoys the dramatics. Often, criticism is alchemy, mixing these two seemingly incompatible, contradictory sides, melding the tangible and the ephemeral, the concrete and the fleeting, and, in doing so, mirroring the unique capacity of the filmic form. This is what The Dissolve got so right over its short lifespan, and it wasn’t shy about discussing the nuts and bolts and this chemistry. Each piece was approached and dissected based on its own merits and particular internal logic, as well as based on the larger industrial, historical, and cultural context. This may sound obvious; it’s not. The degree of difficulty in covering all this with brevity is impressive. The Dissolve went for elegance, nuance, and discovery, following whatever collective muse stirred them. The passion of the writers was always obvious even when they were at their most exhausted and self-deprecating. We need more of that. “Keep watching, thinking about, and discussing movies. It matters,” read Phipps final words. Let’s hope this weighty sentiment proves to be a rallying cry and not the valiant last gasp of an outmoded archetype.