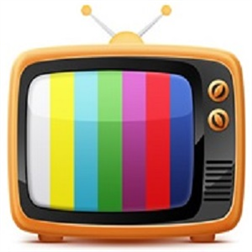 Last fall, Too Many Cooks rightfully ruled the world. Part of the brilliance of the short was how thoroughly it broke the rigid structure of the television program. It descended viewers in a recursive hellscape, but it was nefariously pointed in its rejection. The ingenious concept of an interminable title sequence was at once silly and vividly executed, and it quickly became self-reflexive as characters gained awareness of their imprisonment and desperately tried to escape. Too Many Cooks traps us, too—typically, we expect to passively ingest a title sequences, picking up on cursory information that orients us to the tone and world of the program, then we upshift our responsiveness once the episode “begins”. In this regimented process, a hierarchy of attention is constructed, and we are subtly responding to a carefully laid, highly familiar television structure, with corresponding cues. Everything draws us into a pattern of viewership, setting a replicable template for future watching and engagement. Too Many Cooks knew this well and exploited it fully, exposing the deviousness of the machine, and heightening the repetition to the point of madness.

The title sequence is not the only outer-layer to the television program onion. Conventionally, in serialized television programs, a pre-title sequence bumper—a “Previously on…” segment—will catch up viewers in a more direct fashion, explicitly revealing backstory information and story points integral to the following chapter with a choppy montage of footage. These sequences are the inelegant cousin of the title sequence, but they harbor a bevy of connotative importance nonetheless. At the other end, “Next time on…” segments tease the developments we can expect from the next episode. Typically, writing on television confines the “text” to the episode proper—that is, the new narrative information, or the material after the title sequence, before the end credits, without the commercials. When extending discussion to the surrounding material, critics typically emphasize the political economy of the form. But, these foci discount the complex framework of TV, as well as the shifting levels of address that are singular to the medium. These extraneous bits are not what we tune in for, but they are ever present. “Previously on…”s and “Next time on…”s, in particular, are squarely aimed at our cognitive processes. They are expository and redundant, but simultaneously mysterious and teasing. They entice us, drawing us in with tantalizing clues about future developments. They are the television form boiled down to its essence, and they keep us that much more addicted.

Despite their seemingly innocuous and helpful manner and presentation, “Previously on…” and “Next time on…” pieces are quite divisive. Many refuse to watch these segments, feeling they too succinctly focus attention to information best left organically surprising. In some instances though they prove necessary just for keeping track of everything that is happening and everything that has happened, displaying the considerable, sometimes formidable breadth that television allows. Television more than most forms has the capacity for crafting and expanding dense mythologies and long-form storytelling. Still, it can sometimes be hard to deftly keep all the balls in the air. Sometimes, even, these beginnings will offset the tone of the work. In such cases, the reediting becomes something of a standalone statement, a satellite built from component parts of the show it’s orbiting but with its own gravity. Showtime’s The Affair, for example, happened to undermined its own premise—which hinged on dueling perspectives and unreliable narration—with its season one “Previously on”s, problematically flocculating the sprawl of memory. Its “Previously on…”s’ effectively streamlined the narrative, crystallizing the recall of the television viewer into a particular wavelength. “Previously on…”s and “Next time on…”s say a lot about the way television works and how our modern expectations of the medium have shifted drastically with the addition of new competitors and ancillary forms augmenting our viewership—namely, streaming services.

Netflix, Hulu, Amazon, and the like negate the necessity of these segments to a certain degree by allowing viewers to dive straight into the next episode. Still, even these services have shown they’re not immune to the fallibility of human memory. Since venturing into original programs, with shows strung out over several episodes and organized into seasons, recaps and teasers have become a part of streaming as well. But, in this liminal zone between TV and the internet, new wrinkles have been added that shift ingrained and codified paradigms. Binge-watching has not only changed how we watch but also how we process what we watch. The specifics of this destabilization are still playing out: will we be able to recall more successfully when watching large chunks at a time, or will this flatten our depth of understanding, blurring the details? Either way, streaming has shifted the balance of control toward the viewer—we can now decide what we watch, how much, and when. Fittingly then, in migrating the “Previously on…” and “Next time on…” segments to streaming, viewer control plays a larger role. For your convenience, you can choose whether to watch a season recap, a series recap, or an episode recap, and you can turn recaps on and off to suit your particular memory patterns and tolerance for such bumpers.

Beautifully, there are modern shows out there that relish our conflicting relationship with these appendices and have proven adept at toying with the desires that are wrapped up in “Previously on…”s and “Next time on…”s. Mad Men, for one, was particularly interested in subverting the typical teaser structure. For all its achievements, this has been a little-regarded effort that deserves to be acknowledged and preserved. Mad Men was such a fascinating show because it was often about its own format—it was ostensibly about advertising, after all. But, Mad Men was content to set itself adrift and lure viewers down dead ends with ponderous plotlines and obscure motivations, straying ever further from the always beckoning bottom line of Sterling Cooper (et al.). But Mad Men always knew those interspersed commercial breaks would be there to pick up the slack and reorient us. The show was perhaps more keenly aware of this fact than most, knowing that however far away we were pulled, the breaks would explicitly fill in the details while the backstage of the ad agency left things muddled, murky, but always enticing. In this way, Mad Men continually let the form and nature of the medium, and the implicit contract between viewer and text, fill in the gaps. But, Mad Men also casually went to war with television information delivery, and was as tight-lipped about future developments and easy exposition as any show has been. Oblique is putting it mildly, as Mad Men’s end bumper often offered little to no information about what the next episode would hold.

A typical Mad Men montage of information on the next episode was arranged with an absurdist wit. Characters spouted single lines or fragments of lines that were given little to no discernible context. Brief, often mundane actions were interspersed, giving negligible tangible evidence. It was all so often scattered and vague, recognizable but alien; and it was always fitted with dramatic music willing us to find meaning. If you dig into it, you can likely get something of a framework; but that’s just the point, you had to try harder, and there were no definitive conclusions. It invited open interpretation and preserved the air of mystery that is particularly in short supply in the internet era, while also stoking this domain, baiting the echo chamber. It became a bit of a running joke over the course of its run, and, in this way, Mad Men successfully drew our attention to the fringes, to the total TV text. This approach also opened up another interesting aspect of these outer layers: individual programs also have unique relationships with the way narrative information is delivered, and they express it in their own delivery systems. Mad Men is a particularly explicit case of a show playing it close to the chest and reanimating seemingly vestigial extremities in prime time.

Childrens Hospital, on the other hand, makes no claims to prestige status. But, in its total disinterest in continuity, it has turned “Previously on…”s into an art form. Absurdist tangents, asinine continuity errors, and erroneous information are what this show traffics in, and it is largely peerless in this effort. Childrens Hospital comprises a veritable catalogue of “Previously on…” tropes, trying out different modes of address between episodes, shifting around styles, genres, and formats, and spinning impossibly complicated backstories for the characters and for the hospital setting itself. By taking such outrageous liberties, Childrens Hospital interestingly bears the marks of its past as a webseries, but also implicitly makes a connection between the online format and the televisual format—a connection that has become increasingly intertwined and diaphanous. Childrens Hospital paved the way for subsequent series to not only make the leap, but also to import and inject some of the experimentation the online format affords. But, Childrens Hospital reveled in the structure of television from the start and celebrates it through evisceration. The show effectively makes the barriers of the television text porous, but also reinforces the archetypal televisual structure. It’s a nifty bit of historicity and deconstruction.

“Previously on…”s and “Next time on…”s are places where TV shows directly address the audience, telling us what’s important, and also making value judgments on our attention to details. Over the last decade, the rigidity of the televisual structure has shown signs of erosion. On this front, I’ve been a bit baffled about how quickly we collectively decided to lump media forms and formats together. I find it striking that everyone just accepts that House of Cards, Orange is the New Black, and Transparent are television shows. This categorization has the potential to constrict how we talk about and define these texts. They mimic the TV format, self-consciously adhering to some of its rhythms and shifting levels of address while excising others. But, these programs should simultaneously actively court new ways of watching and engaging. Where is the line that separates these streaming shows from TV? Or, the one that separates these streaming shows from any number of webseries not given the benefit of Emmy consideration—the distributor? The tone? The themes? The style? The spectrum has expanded. “Previously on…”s and “Next time on…”s are old forms, remnants of a television past that is dying out, dating back to radio programming where this piece-meal approach was initially codified and spun into consumerist gold. The schedule of reinforcement is more erratic now, but we’re as ravenous as ever.