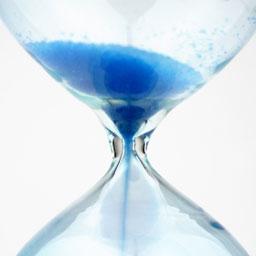 Medicare has proposed to introduce a billing code for end-of life counseling next year; however, it is drawing criticism that it is part of the government’s plan to withhold care from the elderly. Should end-of-life care discussions become part of routine care?   Currently Oncology is bundling end-of-life- care talks in to a “visit code”.   Practices who deal with terminally ill patients are pushing for the billing code.   Whereas, other health care professionals do not concern themselves with it.

According to The Scientific American doctors are poorly trained in the discussion of end- of- life care.   Doctors have been counseled to prolong life, dying is something doctors find uncomfortable to confront.   End of life usually comes after repeated surgeries, stockpiles of drugs with painful side effects, consultations with specialists, and finally being harnessed to hospital equipment to sustain life.

In this era of high- tech medicine we have become adept at prolonging life that Doctors don’t ask the following question; Should we prolong a terminal life? Many terminally ill patients deaths often arrive after months or years of treatment, usually at a cost that has resulted in more harm to the quality of their lives than “living” them.   It is a heavy price that taxes the emotional and physical state of the patient and their families.   With their emotional and physical states exhausted, the cost extending care sucks the financial resources of the patient and their families dry.

It is doubtful anyone would want to extend their lives this way, but modern medicine does not counsel patients on this decision.   Patients are marketed with illusion of false hope and promises to extend their terminally ill lives, at any cost.   Consider the following facts as food for thought: There are only 6,500 physicians in America who are board-certified in hospice and palliative care. Hospice and palliative care is specifically focused on pain relief and end-of-life care for patients and their families. There are about 767,000 physicians practicing in America, that is roughly 760,500 physicians who are promoting prolonging life and pushing false hopes upon their terminally ill patients.   According to Hospice and palliative care there were 2,513,000 terminally ill deaths in 2011. 62-percent of those deaths were from non-cancer diagnosis’s such as dementia, heart disease and lung disease.

The government and medical community make more money pushing for prolonged care than it would with a billing code for end-of-life counseling.   All Doctors should be board certified in hospice it should be part of their doctorial degree.  It should be required that a physician have the ability to sit down with their patient and have an careful and honest conversation about end of life care. A patient whose physician does not seem to have the ability to sit down and come up with an end of life care plan should reconsider treatment from that physician. Personal values should determine these choices not because we have the technology to prolong it.

This article was written by Laurell Morse, a writer for dusk magazine.

About The Serial Scribbler (21 Articles)

In the past, I have held jobs as an artist, personal care attendant, cashier and even a shoe saleswoman. The best job I have had the pleasure doing is being a mother, its full time and the pay is always wonderful. The payoff is not in green but in something far more valuable, the satisfaction of a job well done and the love of doing it. From there, I decided to continue my education. I went back to school and currently working on my BA in Psychology with a minor in English and literature.