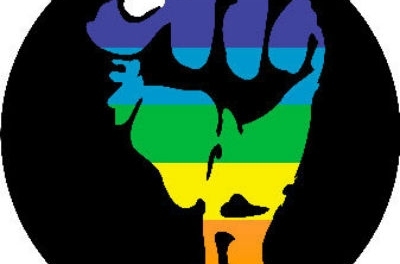 Americans awoke on June 12th to hear the news of the worst mass shooting in the nation’s history. In the early hours of Orlando’s hit nightclub for LGBTQ folk, Pulse, turned into a riotous scene, leaving 50 dead and another 50-something injured. And what followed was something that has become too mundane for something so extraordinarily vulgar—a speech by a frustrated president, tweets from celebrities and politicians, momentary hoopla regarding gun control, and then a slow but sure slip back into the obscure hopelessness that has become our nation’s attitude on making real changes to prevent these sorts of attacks.

This isn’t rocket science. The Orlando shooter used the same type of gun as other mass murderers. These tragedies include the Aurora movie theater shooting, Sandy Hook, San Bernardino, and now, Orlando. If the NRA wants to keep using the soundbite “Guns don’t kill people. People kill people,” perhaps they should acknowledge that these sorts of automatic weapons sure as hell might help achieve these twisted outcomes.

Yet the political spectrum has nothing of use to offer. And the criticism extends to both ends: the left refuses to acknowledge the potential ulterior motive of the gunman, namely, radical Islam and its incompatibility with a secular society, evidenced by anger after seeing two men kissing in Miami a few months back. The claim that this has nothing to do with religion is simply being insincere. This isn’t to say that this ISIL sympathizer is a representation of Islam, because he isn’t. But what it does show is how dangerous these sorts of beliefs can be, and we ought to acknowledge them and decry them at first sight, instead of hiding behind a shroud of respect for all views. Views aren’t all created equal, and there is no goodness in tolerating intolerance.

To our friends on the right, you have failed in your own way. Each GOP Congressperson who has tweeted something regarding the shooting has refused to acknowledge that this was an attack on the LGBTQ+ community, given the venue and the fact that nearly every victim was an LGBTQ+ person of color. Furthermore, and unfortunately, unsurprisingly, there has been little to no call from the GOP for extending background checks and passing common sense gun control legislation. Why? Perhaps it has something to do with the NRA doling out over a million dollars to 233 Republicans and 27 Democrats to keep their traps shut, or at least keep their special interests in mind—that is, if they’d like to keep that cash flow coming.

Here’s the thing—this could have been prevented. The FBI has investigated the perpetrator not once, but twice. He has been a known domestic abuser who has repeatedly beat his wife and has been deemed unstable. Yet this man could still walk into a store days ago and buy a handgun as well as a semiautomatic rifle. However, nearly 77% of Americans support background checks on commercial gun sales. But why would that matter when the gun lobby continues to effectively buy the votes of politicians?

And then, leave it to Donald Trump (read: Don the Con) to take credit for essentially “predicting” this tragedy, and said he “appreciate[s] the congrats for being right.” And that’s not even the end of it. He follows this by claiming, “I said this was going to happen – and it is only going to get worse.” As per usual, Trump is capitalizing on the fear that lies within the underbelly of America’s worried and concerned, exploiting their emotions for political gain and trying to avoid the issue of gun control.

So let us not be the generation that refuses to talk about the issue because we are too enamored by romanticizing the notion that the Founding Fathers couldn’t possibly have messed up with any of the Amendments in the Constitution—never mind the fact that the Second Amendment has been taken far, far out of the context that it was written in—and let us actually try to see through these horrific massacres to prevent them, not normalize them, by passing effective legislation that actively works to reduce the harm. In the meantime, vote corrupt politicians out of office, and remind yourself that their short-term profits aren’t worth the lives of our people.

This article was written by Amar Ojha, founder and writer at dusk magazine.