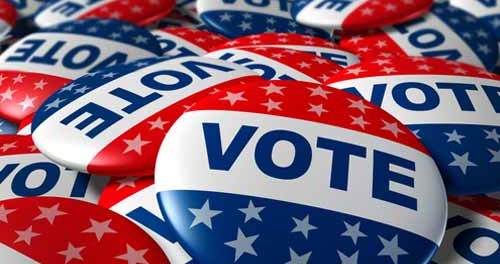 Next week, the question that has been in the minds of thousands of Americans for months will finally be answered. Will Donald Trump or Hilary Clinton become the 45th President of the United States?

Trump vs. Clinton has been a raging battle that many Americans didn’t see coming. While typical jokes and humor has been shed upon opposing parties, America will be voting for something pivotal. The presidency isn’t something to be taken lightly or looked upon as friendly competition. We are looking at the future of our country.

So why do so many people choose not to vote?

In the 2012 election, the percentage of Americans who voted was 57.5%. Conclusively, a little less than half of Americans didn’t vote.

But what goes into voting is much different than just checking a box next to a name. There are independents running for president. There are candidates running for senators and representatives. There are local candidates (mayor, city council, etc.,). And there are state issues (for example, a current issue considered taxes on plastic bags) that must be voted upon.

But the issue isn’t plastic bags. The issue is a lack of voters.

In the defense of the non-voters, people may not always understand exactly what they are reading or what they are voting for. Voting ‘no’ for something may actually be saying no to a pressing issue that could be resolved. Voting ‘yes’, contrarily, could end up costing more money for the individual.

In a given group of people, many will wonder why the issues we are voting upon have to do with plastic bags, and not world hunger? Why are we re-addressing topics that have been covered thousands of times before instead of ones that are actually going to make a difference in our country, and hopefully our world?

Typical issues previously discussed are what make people stop caring and lose the motivation to vote.

But this is the opposite of the answer to help our country.

America is a democracy. Simply stated, we are the people, which means we are the voice. Our votes are not only needed, but they make a significant difference in what this country truly needs.

The candidates may not be who we would have chosen had we the opportunity. The issues may not be the ones we currently want to address. But we cannot be consumed with having things our own way.

This is what we are given to work with, and these are the issues presented. We can’t complain (or not vote) because we don’t have the combination we dreamed about.

By taking a stance and using our voice, we will be able to change what we can.

This article was written by McKenna Vietti, a writer for dusk magazine.