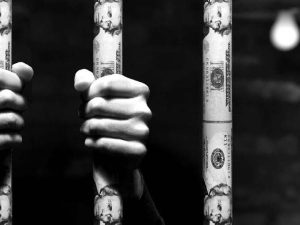 The Department of Justice (DOJ) has announced it will not be renewing contracts with private corporations running prisons, eliminating over 22,000 beds or 12 percent of the [...]

Stanford rapist Brock Turner, who made headlines earlier this year when he was sentenced to a mere 6 months for 3 counts of sexual assault (all of which he was found guilty [...]

This Rio Olympics, one of the hottest topics on social media is shedding light on yet another form of sexism: namely, the manner in which female Olympians are described, in [...]

The wage gap is an issue that is now becoming a central political issue. Bernie Sanders made it an issue, as did Hillary Clinton. (And both campaigns were accused of [...]

Despite knowing better we all too quickly determine that the homeless population has earned itself its fate—addiction, bad decisions, laziness, etc. This serves as a coping [...]

The current level of the minimum wage ($7.25/hour) is far too low by any reasonable standard as per “Raise that Wage”. It is not even half of what Economist Dean Baker [...]