College students. When we look around at the people who are working the cash registers at fast food restaurants, waiting tables, and the trendy clothing stores such as Hot [...]

The month is October, and already schools around the nation are in full swing. Thousands of American high school students are piling up coursework from their AP classes, [...]

What is it? Not unlike social bookmarking, Pinterest is a tool that enables users to visually share and discover new interests online. They can use it to make a wish list, [...] 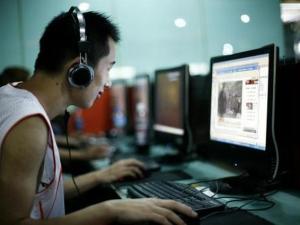 What is it? A screencast is a recording, frequently accompanied with narration and illustrations, of one’s screen. It often demonstrates to or communicates with the [...]

What are they? Tablets are a fairly new technology equipped with portability. With their slim design, enhanced functionality and reasonable pricing, tablets have [...]

I have been fantasizing about college since I was in middle school. Back then, I thought I would go to school for creative writing at a prestigious university on a full [...]

Gen Y will forever be known as the YOLO Generation, characterized by our attitude towards money and work environments and how often we’re dying. Millennials are [...]

High school kids have a number of roads to follow when their public school career ends. They can enter a job training program. Maybe they’ll choose to join the military. A [...]