Martin Scorsese once stated, “My whole life has been movies and religion. That’s it. Nothing else.”  Either centered on biblical stories or as backdrops to cultural [...]

The conclusion of the Second World War allowed Akira Kurosawa to explore his creative ambitions by producing films that not only became cinematic masterpieces, but also held [...]

Considered one of the greatest actors ever, Marlon Brando’s greatest works are often cited as A Street Car Named Desire, Viva Zapata, or his two Oscar winning performances: [...]

In the commotion of late-capitalism and the dissonance of mounting muffler shop surrealism, the polarity of the tale of the last Phrygian king’s chrysopoeia reversed. As [...]

The 2003 American drama indie film Shattered Glass may be viewed simply for entertainment by a number of individuals. However, through the eyes of a journalist (or a [...]

Most everyone in Search Party (or, “Curiosity Killed the Shawkat”) is content to assume that Chantal Winterbottom is dead. Partly, they’re playing the odds. More so, [...] 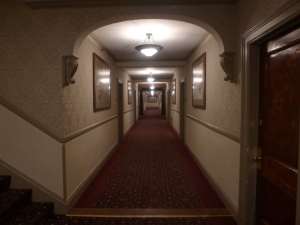 Behind a dark fold in the depths of every person’s subconscious, there’s carnival music and a candy-colored clown they call “The Sandman.” This recess harbors a [...]